'M60 9EA the final days' is a set of rare images that document the famous Quay Street studios in Manchester weeks after ITV moved to their state of the art studios at Media city, Salford.

Simon had worked in the building for around 15 years as a camera operator and was given full access to photograph this historic landmark once the staff had left.

The Granada television building is situated on Quay Street in Manchester city centre with the postcode M60 9EA.
It opened its doors to commercial television in 1956. Many famous people have walked the corridors from royalty to film and tv stars to world famous musicians. It was the very place where The Beatles made their television debut back in 1962. Over the years many other bands famously made their tv debuts here such as Sex Pistols, Joy Division and the Stone Roses to name a few. It was also the home to the longest running tv soap drama Coronation Street from its launch in 1960.

Simons images in the 'M60 9EA the final days' collection were all taken in April 2013 and only uses the ambient light that was available at the time to capture the true atmosphere of this iconic building.
Previous
Next
walkway 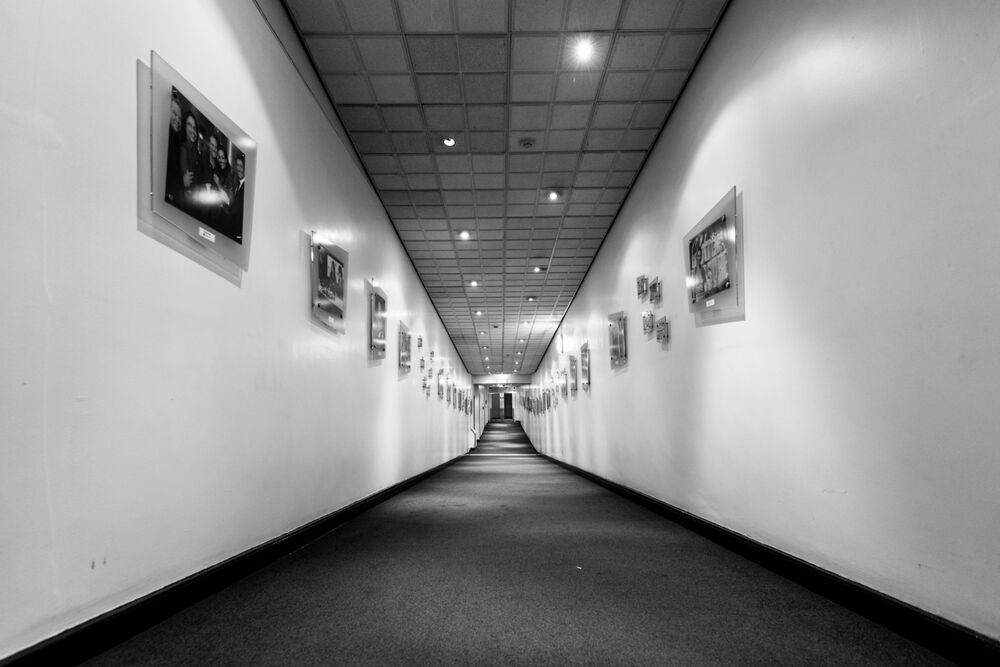